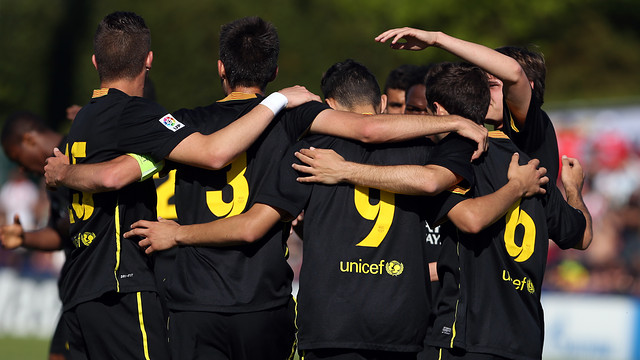 FC Barcelona has one of the finest youth systems in Europe, as shown by this week’s impressive 3-0 win over Benfica in the final of the UEFA Youth League, which produced two of the best goals of the week as selected by the ‘Promesas’ show on Barça TV. Munir scored from inside his own half to sentence the tie, and also scored the second to finish off a tremendous move by Adama. Fode Fofana and Pablo Moreno of the U12s and Pablo López of the U10s got the other goals in this weekend’s selection.