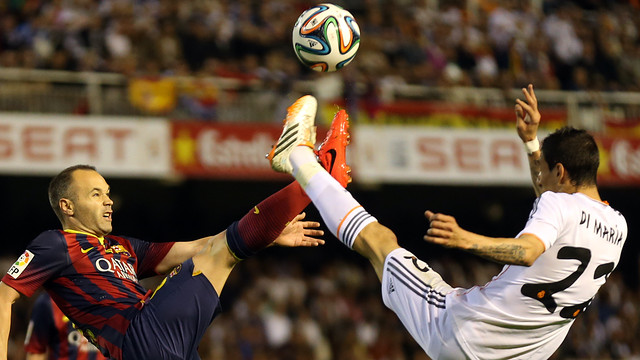 Atlético Madrid, Real Madrid and FC Barcelona are all in contention in the hottest Liga title race for years

After going out of the Champions League and losing the Spanish Cup Final, the only title Barça can still win this season, in addition to the Spanish Supercup, is the domestic league. There are three teams that still have chance of winning the crown, and with the standings currently Atlético Madrid (82), Real Madrid (79) and Barça (78), the Catalans need to win their games and hope the other two drop points somewhere along the way.

The two Madrid teams also have the Champions League to focus on, which might work in Barça’s favour, and leaders Atlético have three away fixtures left, while Real and Barça have just two. And the final game of the season sees Atlético travel to the Camp Nou for a potential title decider: