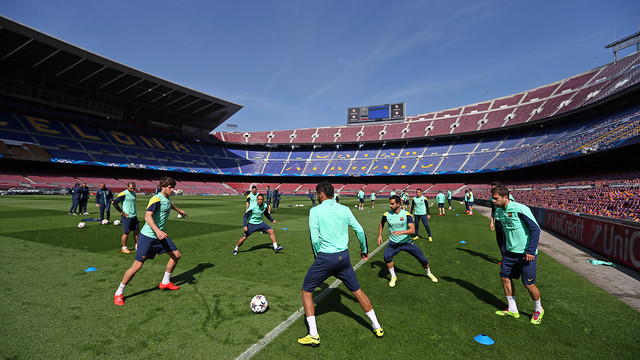 The first team squad trained at the Camp Nou this lunchtime in their final session before tonight’s Champions League quarter final first leg against Atletico Madrid, putting the final touches to preparations for the big game.

All 22 players called up for the game were involved in the session, though Carles Puyol, who has yet to be passed fit, worked apart from the rest of the players. Gerardo Martino will have to reduce the squad to 18 before kickoff.

After the training session, the squad were driven to the team hotel  – The Hotel Princesa – where they will stay until just before the game.