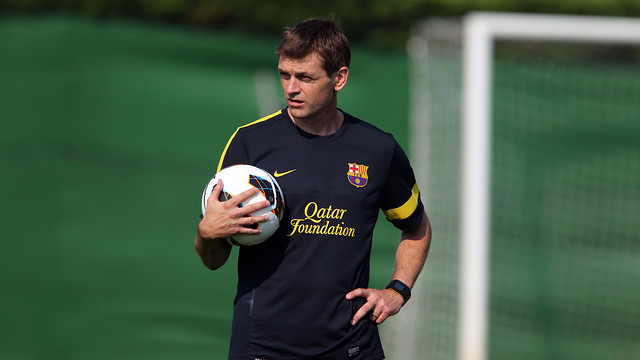 FC Barcelona is in mourning following the tragic news that Tito Vilanova passed away today in Barcelona. He was 45

Over the next few hours, FC Barcelona will be opening a space for condolence in the main grandstand at the Camp Nou

It is with immense sorrow that FC Barcelona announces that Francesc ‘Tito’ Vilanova i Bayo (Bellcaire d’Empordà, 17/09/1965-Barcelona, 25/04/2014) departed this world today at the age of 45. He passed away this afternoon after losing his battle against an illness that had affected him since 2011.

The Club wishes to express its most heartfelt sympathy to his family, who are being joined in these moments of mourning by FC Barcelona members and fans all around the world, as well as the rest of the footballing and sporting world.

The Vilanova family has asked for respect for their desire for the strictest intimacy in the moments after his death.

The Club will shortly be announcing when this space is open, as well as details of the religious ceremony that will be held in the coming days.