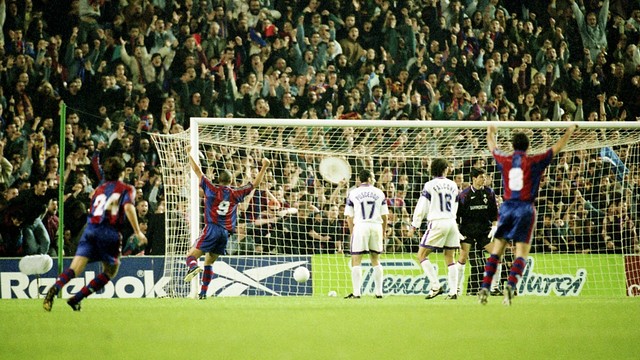 After the first leg draw against Atletico Madrid , we take a look at  Barça’s results of second leg games played after a 1-1 result at Camp Nou . The first time Barça found themselves in this situation was 25 seasons ago ( 1988/89 ) in the second round of the European Cup Winners Cup when they ended up beating Lech Poznan on penalties in the second leg .

The following season, in the knockout phase of the Cup Winners Cup , another Polish team , Legia , were Barça’s opponents and after a 1-1 draw at the Camp Nou, the tie moved to Warsaw , where Barça won 0-1.

In the 1989/90 season, Barça drew 1-1 in the first leg of the European Super Cup against Milan, only to narrowly lose in the return game to hand the Italians the title.

Most recent result, a win

Two seasons later, Barça again failed to finish off a game at the Camp Nou, drawing 1-1 with Fiorentina in the semi-finals of the European Cup Winners, but this time goals from Couto and Guardiola gave them a ticket to the final in Rotterdam against PSG, which they ended up winning thanks to a Ronaldo penalty.