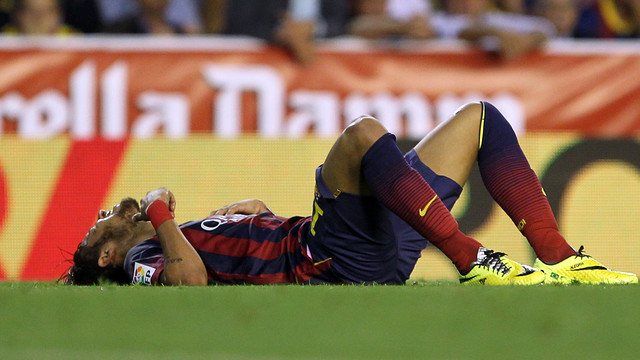 He will be sidelined for four weeks

Neymar Jr picked up an injury in the Copa del Rey final against Real Madrid. The player sustained a contusion that caused an edema in the fourth metatarsal of his left foot.

The player will begin treatment and will be out of action for four weeks. If Neymar will be able to participate in the last match of the season, against Atlético Madrid, if recovers in the estimated time.

This is Neymar’s second injury this season. He sustained a tendon sprain in the 1/8 round of the Cup, against Getafe.