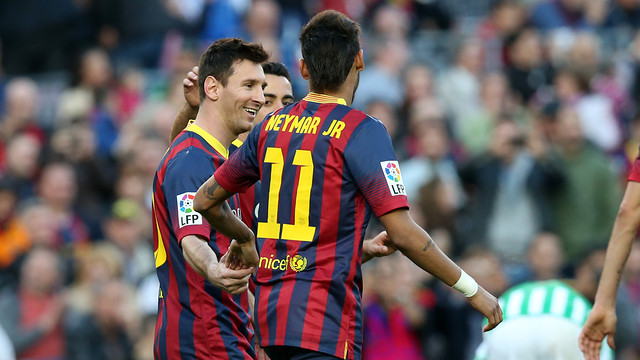 Messi, Neymar, and a Betis own goal are the total of Barça goals in the last four matches

Against Betis, Barça made 540 good passes against only 247 from Betis

Barça beat Betis with two goals from Messi and an own goal by Jordi Figueras. Messi and Neymar have now scored seven of the last eight Barça goals. The eighth was scored by the Betis defender.  In the last four games the Argentinian and the Brazilian have shared the Barça goals. Here are some other stats from the 3-1 win at the weekend: