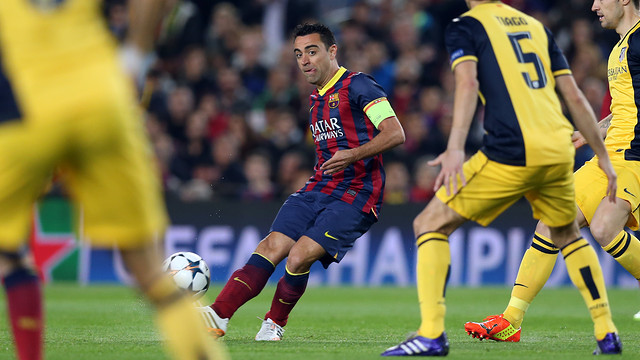 Xavi made the most successful passes for the team with 111

Xavi Hernández and Dani Alves topped the stats for Barça against Atletico Madrid, with the Catalan making most passes and the Brazilian one of the players who figured most during the 90 minutes.

Barça made 688 successful passes against Atletico’s 236.

Barça had 71% of possession and had 18 shots, five on target to Atletico’s five shots, four on target.

Whilst Atletico made just six crosses into the box, Barça put in  29.

Neymar suffered most fouls – seven, whilst Diego was the most sinned against Atletico player, receiving three fouls.

Atletico’s deep lying defence meant that the ref blew not a single offside against Barça’s forwards, whilst the visitors were blown up three times for the same offence.