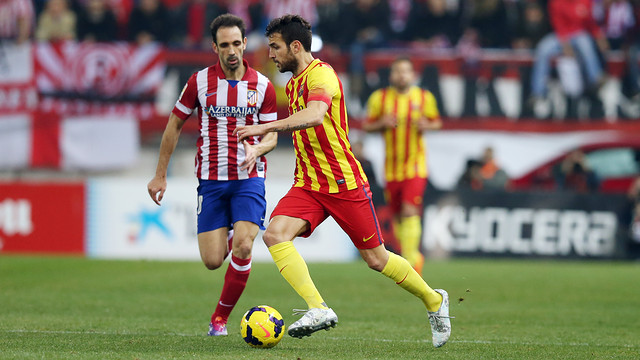 Barça are the competition’s leading passers with 7,401 passes, 6,301 of which have been successful

Barça will have to win or draw 2-2 or more at the Vicente Calderon tonight if they are to make it into their seventh consecutive Champions League semi-final. On three of the previous occasions they’ve drawn 1-1 in the first leg, they’ve won the tie. Below are some more nuggets of information ahead of the game.