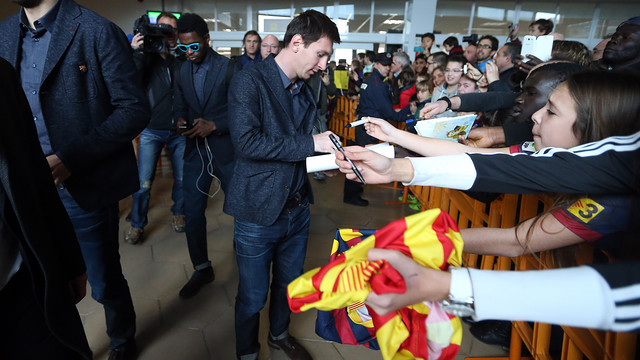 Wherever he goes, Leo Messi, star of FC Barcelona and the Argentine National Team, is a player who raises passions around the globe. This is clearly shown in a video produced by the television program ‘Leo’s World’, which captures images of Barça and Argentinian fans, and above all, opponents, praising the Barça number 10.

The video looks at various moments during Leo Messi’s last year. In that time, the striker has visited Zurich, Stockholm, Glasgow, Rome, and Asuncion, amongst many other cities. In all of these places, Messi is a worldwide phenomenon.