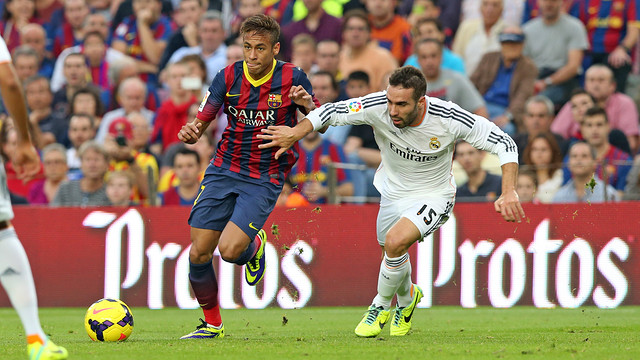 From Tuesday the 11th at 10.00, until Wednesday 12th of March at 19.00,  the process will be open for requesting tickets for the League match between  Real Madrid and FC Barcelona, to be played on 23rd of March (9PM CET) at the Santiago Bernabéu. The Process is exclusively for FC Barcelona members.

The Club has 500 tickets available for the match. As usual, 85% of these tickets are aimed at members (340) and Barça Supporters Clubs (85). The rest, 75, willl be for institutional, sporting, and contractual commitments of the Club.

To request tickets for the game at the Santiago Bernabéu one has to fill in the form  available  at the ticketing section on the web www.fcbarcelona.cat. Each member can only request one match ticket, but on the same form there exists the possibility to include four member requests, in case they would like to travel together.

In the case that there are more requests than tickets available, on Thursday 13th of March there will be a draw before a Notary between all member requests. The price of the tickets is 70 euros each.