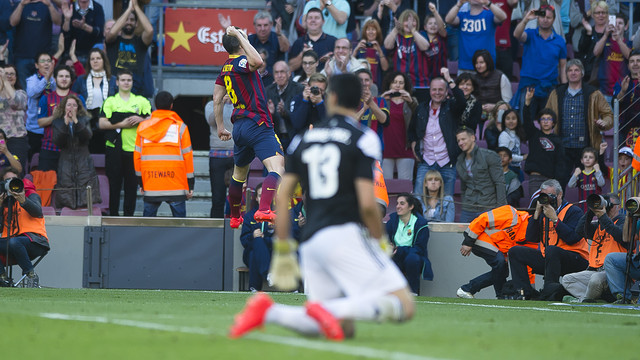 The team had conceded in each of their previous four games

Iniesta scored his second goal of the campaign, whilst Tello scored his first in the league