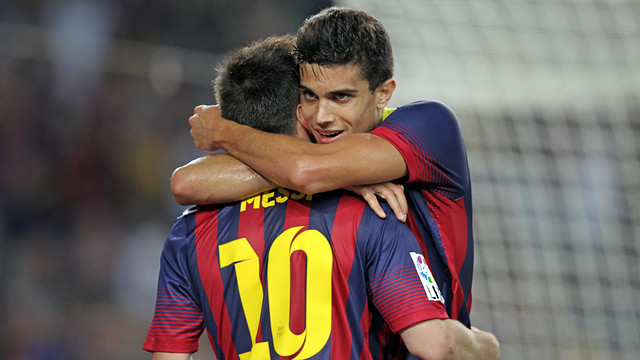 New contract will keep Bartra at Club till 2017

Marc Bartra will sign a contract extension at the Club next Tuesday which will keep him a Barça player until at least June 2017.

The opt out clause in the new contract has been set at 25 million Euros.

Marc Bartra joined Barça when he was just 11 years old, after a brief spell with Espanyol in the 2001/02 season. Bartra’s time at La Masia  took him through the Club’s academy teams, reaching Barça B, before joining the first team squad in the 2012/13 campaign.

He made his first team debut under Pep Guardiola on February 14 2010 in a league game against Atletico Madrid at the Vicente Calderon, when he slotted in at right back and a year later – still not a full first team squad member – he scored his first goal for the team in the final league game of the season against Malaga. His second came this season , scoring the final goal in the 4-1 win over Real Sociedad.

This year he has established himself in the first team squad and made 20 appearences so far – four more than he made last season.