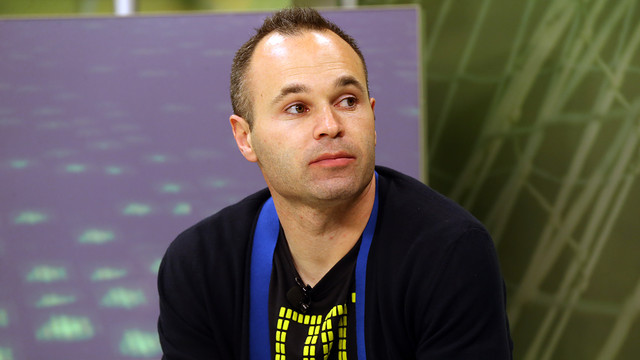 The midfielder is devastated by the injury to Valdés, but is convinced the team is strong enough to deal with the situation

After the 3-0 win against Celta, Andrés Iniesta was the guest on the ‘El Marcador’ show on Barça TV. This was before the full extent of Víctor Valdés’ injury had been confirmed, but the forecasts were already looking bad when he said that “it has all been a bit strange. For him, for the situation, for what we have ahead, it’s dreadful news. Now the important thing is for him to recover and send him a big hug.”

But this is by no means the first time that the team has had to cope with a serious setback just when they are making a final push for major titles. “When you play games every three days, there’s no time to lament or let your head drop. We are used to coping with situations like this” he insisted. “What happened is a tough blow, but we have to press on … Now we have to concentrate on the players we do have and trying to get back the others. There is no time to stop, no time for lamentations, no time to sleep on things”.

Iniesta also explained his absence in the second half, saying that “I sensed some minor pain, but I should be fine by tomorrow and perfect by Saturday.” The derby against Espanyol comes at a crucial time. “These are always very special matches and the situation in the league makes it more important than ever. We’ll go there hoping to win, but aware that it won’t be easy. We are back in contention for the league title, and I think we deserve to be, on our own merit. Now every game is like a final.”