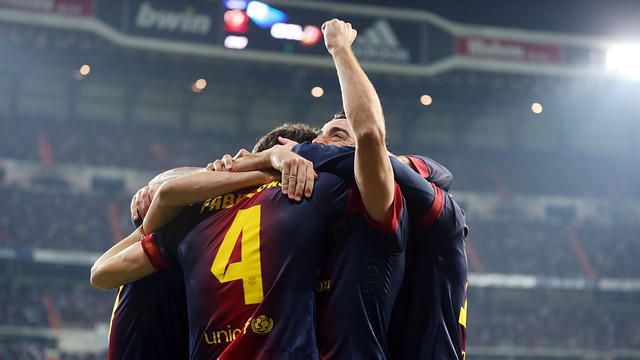 FC Barcelona need a win at the Santiago Bernabeu to take them to within a point of the league leaders and although a trip to Madrid is never going to be easy, a look back at the last few years gives cause for optimism to the Barça fans: Barça have won five and drawn three of their last ten games at the Bernabeu and both defeats were narrow ones at that.

Here’s a breakdown of the last ten games at the Bernabeu:

After the 4-1 result in 2007/08 Barça went back to Madrid with Josep Guardiola in charge and came away with an unforgettable 2-6 win thanks to goals from Henry (2), Messi (2), Puyol and Piqué which left them seven points clear at the top of the table.

Another year and another win, as Messi and Pedro scored the goals that sank Madrid and ensured another league title.

Just a few days after the Spanish Cup final, the two giants again met at the Bernabeu, with Cristiano Ronaldo and Leo Messi getting the goals in a 1-1 draw which again helped secure another league title for Barça.

After drawing at the Bernabeu in the league and losing the Cup Final in Mestalla, Guardiola’s Barça were again up against the old enemy and this time a Leo Messi brace set them on the road to the Champions League final. 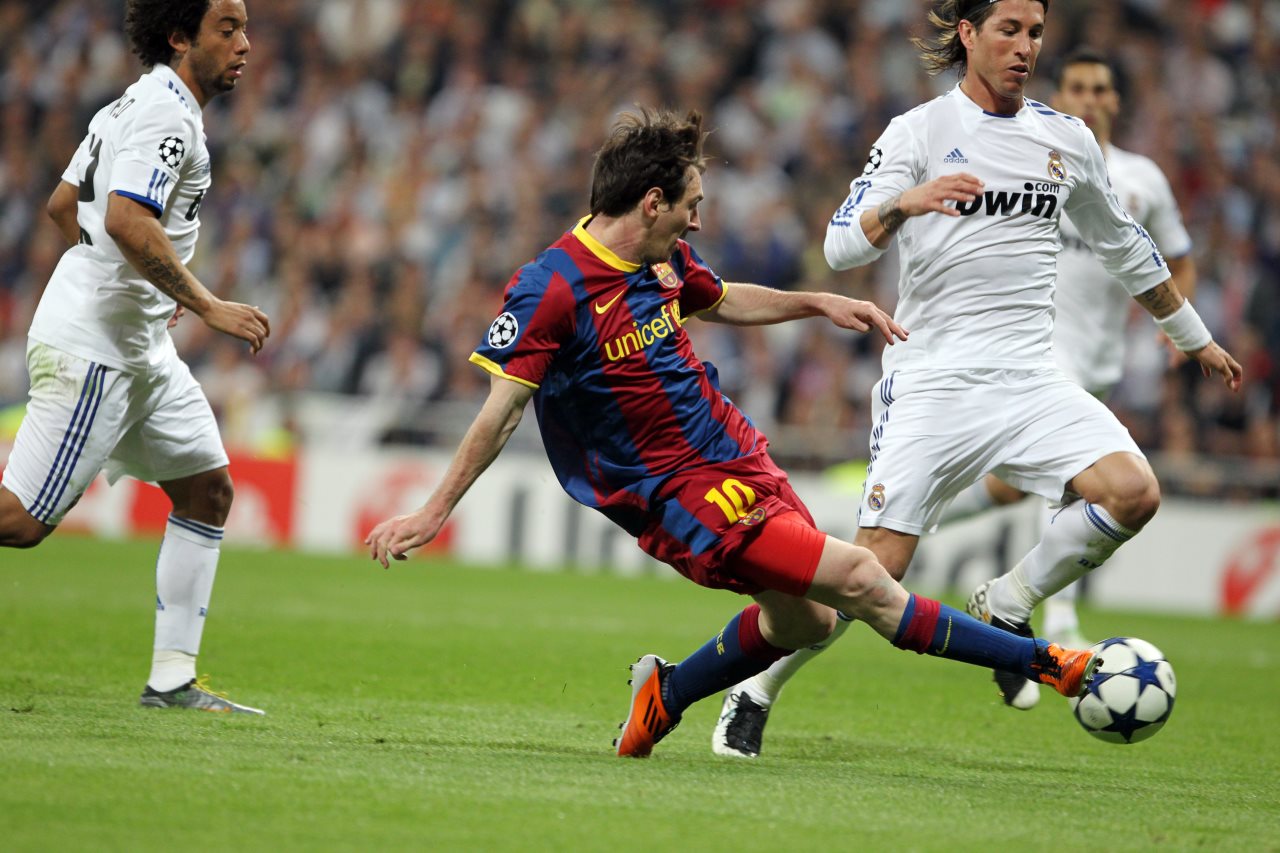 First half strikes from  Messi and Villa gave Barça the draw in the first leg of the Spanish Cup before going on to win 3-2 at the Camp Nou and take the title.

Three points behind their hosts at the start of the game, Barça powered to a 1-3 win thanks to goals from Alexis, Xavi and Cesc, which didn’t quite prove enough to stop Madrid finishing the season as Champions, with Barça coming second.

A few weeks after their league win, Barça returned to the Bernabeu and won 1-2 in the first leg of the Spanish Cup quarter finals before the 2-2 draw in the second leg. Puyol and Abidal got the away goals. 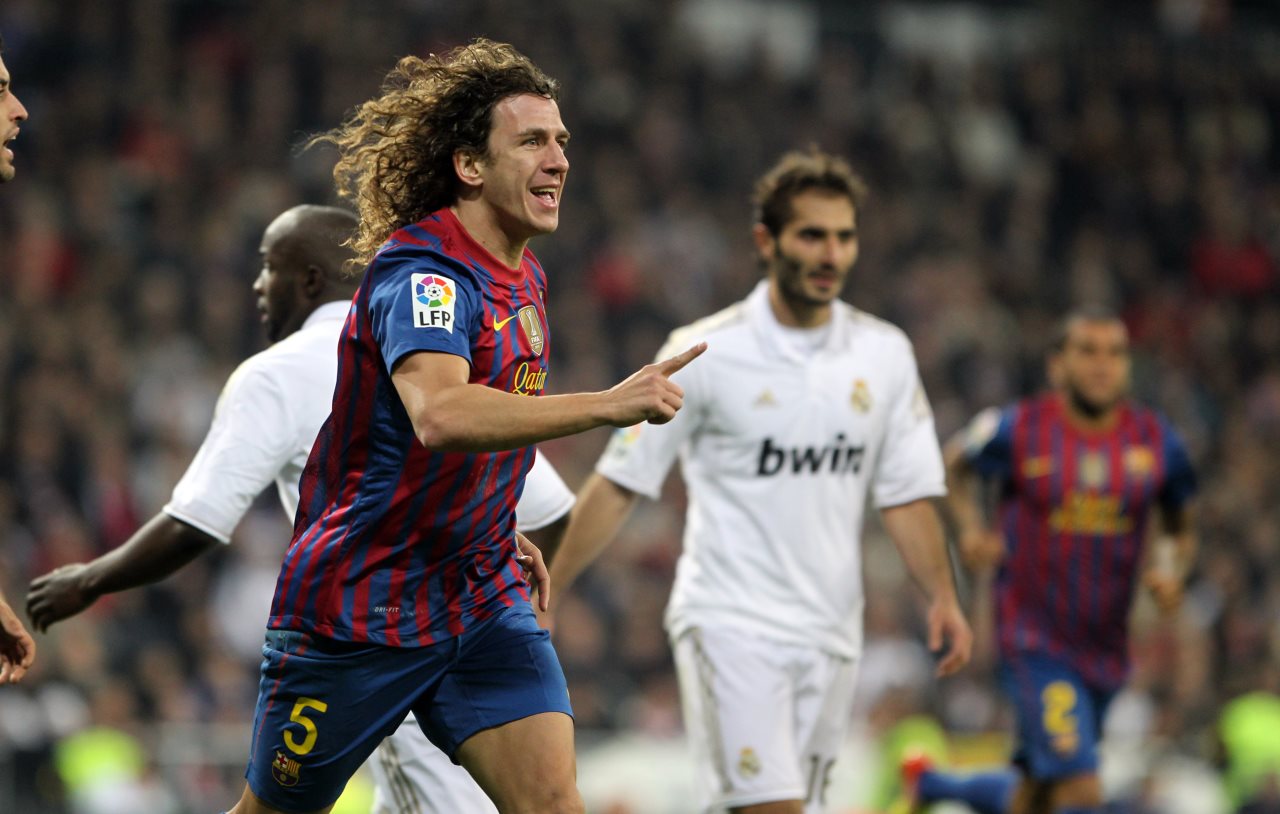 Barça’s first defeat in eight visits came in the second leg of the Spanish Super Cup. After a 3-2 win at the Camp Nou, Real Madrid won 2-1 on home turf to win the trophy on the away goals rule.

Madrid and Barça were drawn together in the Spanish Cup for the third season running an whilst a Cesc goal gave Barça a draw at the Bernabeu(1-1), Madrid won the tie with a 1-3 win at the Camp Nou.

The last trip to the Bernabéu saw Barça lose again, but go on to take the title comfortably ahead of Madrid. 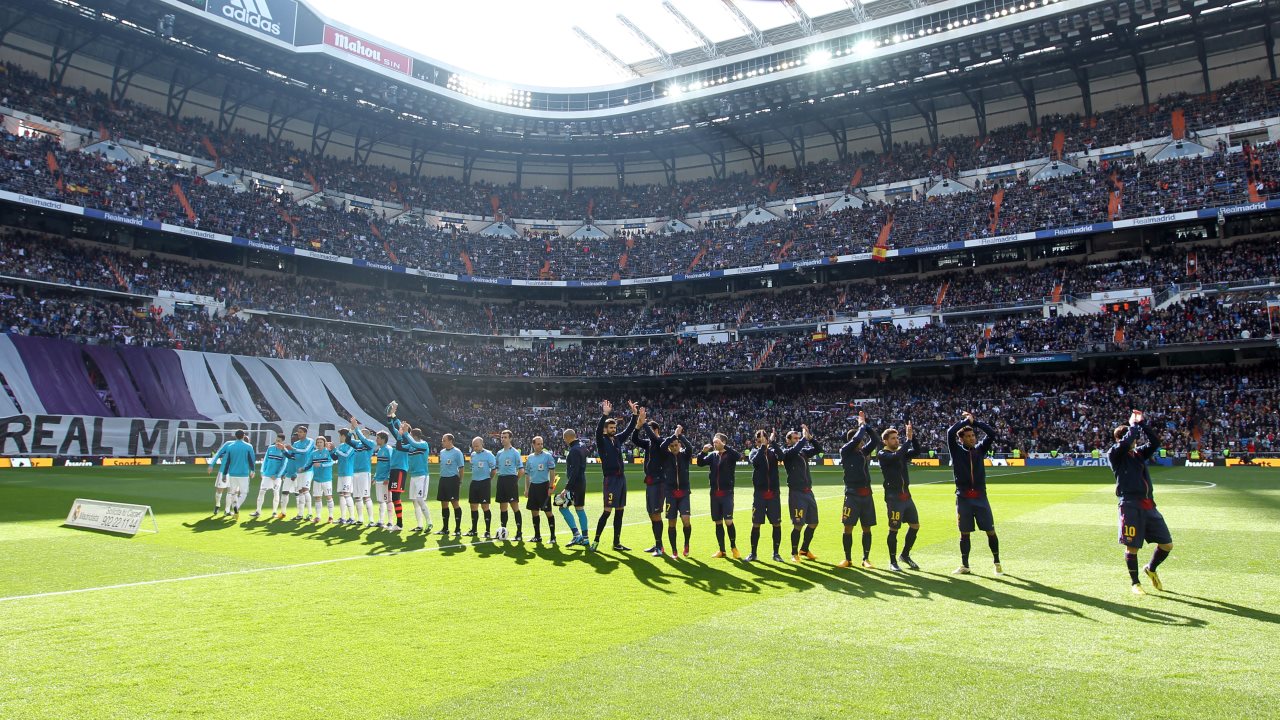