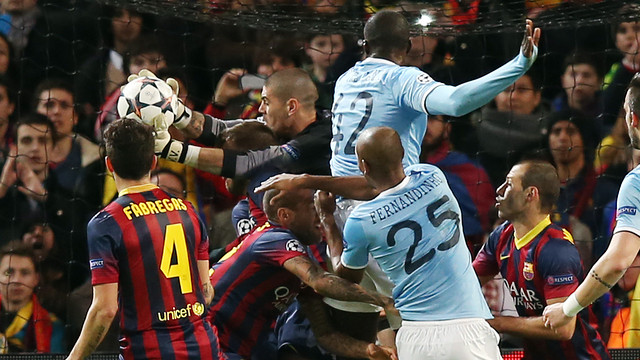 Barça have not conceded in 20 of their 44 games this season, whilst City have avoided conceding in 17 of their 44 matches.

Both Manchester City and Barça share a common objective on Wednesday night – keeping a clean sheet. Barça will be looking to build on their great win at the Etihad, whist City know another goal for their hosts would really harm any hopes of a quarter final berth.

Barça have avoided conceding a goal in 20 of their 44 games this season, 12 in the league, 4 in the Cup, once in the Super Cup and 3 in the Champions League – at the Etihad (0-2), Celtic Park (0-1) and at home to Ajax (4-0). Since that win in Manchester though, they have failed to keep another clean sheet.

Manuel Pellegrini have managed to stop their opponents scoring in 17 of the 44 games they have played this year: 12 in the league, 1 in the FA Cup, 3 din the Capital One Cup and just once in the Champions League – in their opening game of the group stage against Viktoria Plzen (0-3).

The last clean sheet that City kept was three games ago, when they beat Stoke at the Etihad in the league 1-0.