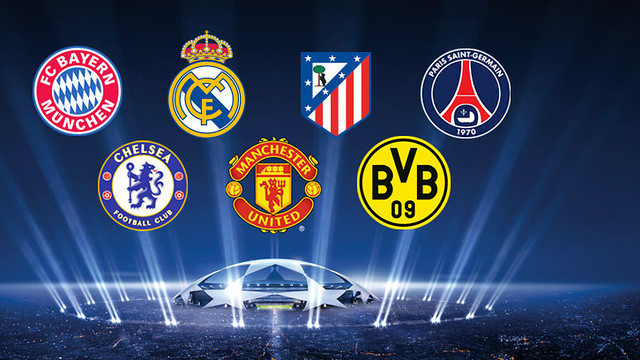 Bayern, Dortmund, Madrid, Atlético, PSG, Chelsea and United will be in the pot with Barça in the draw scheduled for this Friday

The final matches of the Champions League knock-out round were played this Wednesday evening. Borussia Dortmund and Olympiacos close out the list of teams that will be in the pot for Friday’s quarter-final draw in Nyon, Switzerland. In addition to FC Barcelona, the other teams that have qualified for this round of the competition are Bayern Munich, Real Madrid, Atlético Madrid, Paris Saint-Germain and Chelsea.

It’s worth noting that the first leg of the quarter-finals will be played on the 1st and 2nd of April and the second leg will be played the following week (7th and 8th of April).