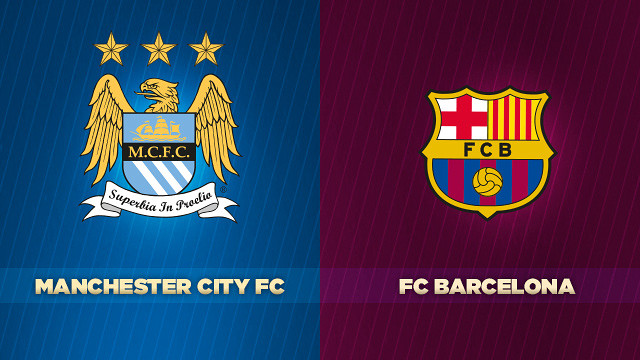 On the eve of one of the most eagerly awaited matches of the season, Manchester City v FC Barcelona in the Champions league on Tuesday night (8.45 PM CET), Catalonia’s two sports dailies, ‘Sport’ and ‘El Mundo Deportivo’, are naturally packed with information about a clash that people have been talking about for weeks.

“City will put Barça’s full potential to the test” writes Josep Maria Casanovas in ‘Sport’ in an article that clearly reflects the general mood of respect for Man City, despite the fact that this is the first time the Premiership side have ever reached this stage of the competition. “The arrival of a serious and experienced manager like Pellegrini has given them the balance and consistency that they lacked under Mancini. City are not yet at Barça’s level, but they have the financial resources to become one of the four biggest clubs in Europe.”

Casanovas also notes that the Sky Blues are “a club that speaks Spanish as two of their senior executives, the director general and the director of sport are ex Barça men. Ferran Soriano and Txiki Begiristain are loving their English experience and have been able to turn a losing club into a winning one.”

‘El Mundo Deportivo’ sought the impressions of former Barça man Thierry Henry, who predicts difficulties for FCB. “Manchester are better than ever this year” says the Frenchman. “They have made some big investments are showing their full potential in the Premiership. But because of the way they play, I think they’re an opponent Barça can cope with well. City don’t like to close things up at the back and Barça will feel comfortable and find the spaces they like. I’ll be watching on TV and cheering on Barça like any other fan.”

The paper also spoke to Marc Muniesa, the former Barça man now playing in England for Stoke City. In his opinion, Man City “are not as good away as they are at home, but they have some quality players up front and can create danger at any time. … They’re very fast, but without Fernandinho and Agüero they aren’t quite the same team.”

Muniesa is generally very optimistic about his former club’s chances. “If you have to name City’s weak points, then it’s their defence” he comments. “They’re strong, physical players. Zabaleta and Kolarov like to go up and join the attack and leave a lot of space behind them, and their centre backs are not especially quick … And City seem to have gone off the boil a bit in recent weeks, which is also due to some important injuries. I have every confidence in Barça, but they’ll have to be careful with City’s speed.”

‘Sport’ columnist Francesc de Haro shares the same optimism, largely due to the resurgence of Leo Messi in the FCB ranks. He writes that “with the Argentinian back to full form, Barcelona are back at a level currently only matched by Bayern Munich, and Manchester City are no longer the colossus that seemed so indestructible back in December. The Barça fans are now seeing the light and I don’t suppose the City supporters are seeing things through rose-tinted glasses any more.”