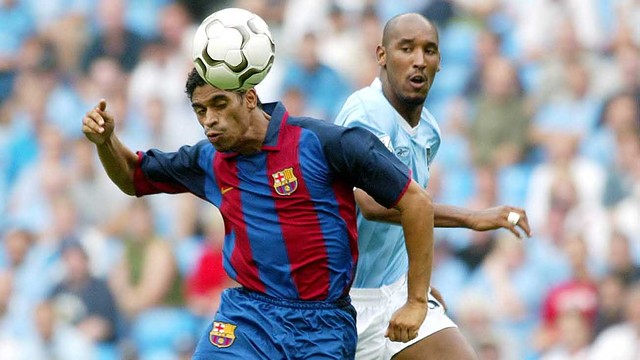 FC Barcelona lost ten years ago in the opening game of City’s new stadium. The two last met in the 2009 Joan Gamper Trophy

FC Barcelona and Manchester City  open their Champions League last 16 tie at the Etihad on Tuesday February 18 and the match will be the first time the two clubs have met in an official match, although they have played six friendlies over the years.

The two most recent  friendlies both ended in defeat for Barça: the first came on August 10 2003 in a game to mark the inauguration of City’s new City of Manchester Stadium. The game marked the Barça debut for Rafa Marquez, and although Saviola equalised  Anelka’s opener, Sinclair gave City the 2-1 win.

Six years later, City came to the Camp Nou for the 2009 Joan Gamper Trophy and once again the Premier League team got the win, thanks to a first half goal from Petrov. Barça played a lot of youngsters in that game –including Bartra and Montoya. And  it was also the debut of Zlatan Ibrahimovic in a Barça shirt.