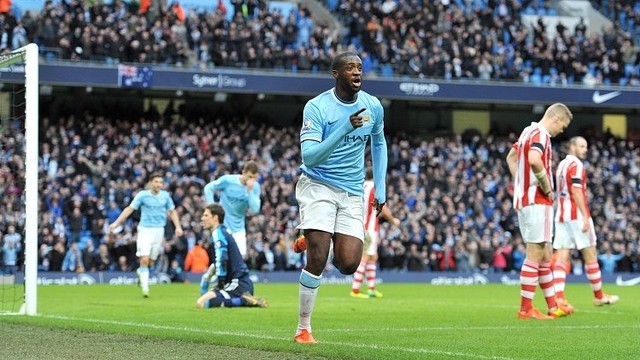 Barça’s Champions League opponents are third in the Premier on 57 points, two behind Arsenal and a further point off leaders Chelsea.

Manchester City were made to work hard by Mark Hughes’ Stoke at the Etihad this afternon, with a second half goal from Yaya Toure after a pass from Kolarov finally giving the Sky Bues the points.

The win keeps City in third place on 57 points, behind Arsenal(59) and Chelsea(60) who also both won on Saturday, though Pellegrini’s side have a game in hand. The only changes in the City side from Tuesday’s defeat to Barça were Nasri and Dzeko who started instead of Clichy and Navas.