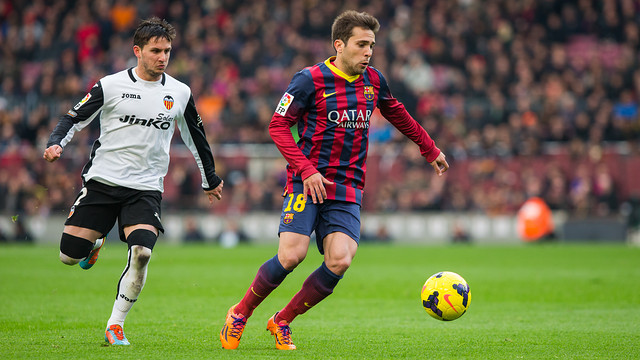 The full back will miss Sunday’s game against Sevilla

The Appeals Committee has rejected Barça’s appeal on Friday and Jordi Alba’s suspension stands. This means that the full back will be unable to play in Sunday’s game away to Sevilla. The player was sent off for two bookable offences in last weekend’s game with Valencia.

The defender has appeared in 10 league matches, 2 cup matches and both of the Supercup matches this season.