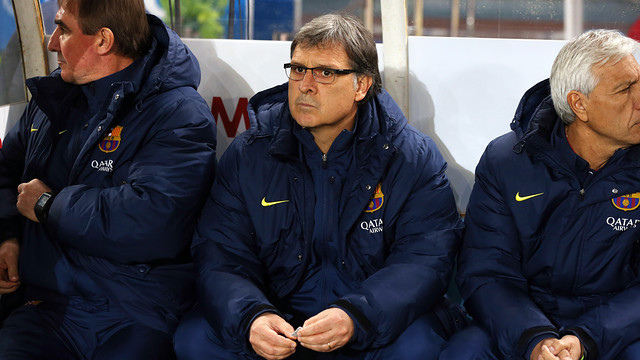 “Iniesta has quality, he had liberty to move around the pitch”, Tata explains

During the post-match press conference Gerardo Martino said his team “completed its objective” and that the players “are used to playing important matches and finals.” Tata went on to explain that Barça “played a great match” and he added that “we can improve, we still have a lot of time.”

The 1-1 draw qualified Barça for its fourth final in six years. “There are three objectives this season and we fulfilled one of them today. We completed our objective. These players always play in finals,” said Tata Martino, who added that the team played “a good match. But we can still play better, we still have time to improve – we can do it for more than 50 or 70 minutes. We could have scored more goals.” In addition, he said that knowing Real Madrid was in the final that “we had the obligation to qualify, we couldn’t miss it.”

When asked about Andrés Iniesta’s position on the pitch, the Argentinian manager explained that “Iniesta has quality, he had the liberty to move around the pitch.”