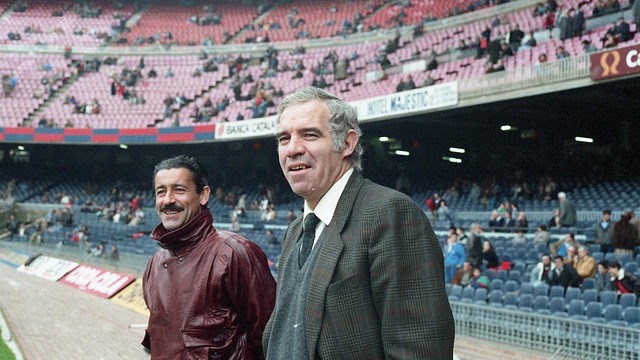 The FC Barcelona has spoken about the loss of Aragonés, calling him “one of football’s greatest men, one of the most charismatic and likeable managers we remember”

Josep Maria Bartomeu has added his name to the long list of tributes for Luis Aragonés, who died this morning at the age of 75. “In the name of FC Barcelona, I wish to express our sorrow at the loss of Luis Aragonés, one of football’s greatest men and one of the most charismatic and likeable managers we remember”, said the Barça president. “As a club, we had the honour of his services, albeit for a very short time, in the 1987/88 season, when we won the Spanish Cup.”

The president also spoke of Luis Aragonés’ success as Spanish national manager, where his admiration for the Barça style of football was never a secret: “We much appreciate his respect for Barça, its model and our players. Euro 2008, with Puyol, Xavi, Iniesta and so many others is a great example”.

I am so sorry about the death of Luis Aragonés, one of football’s greats, a wise man who left his mark. We shall remember him today at the Camp Nou.