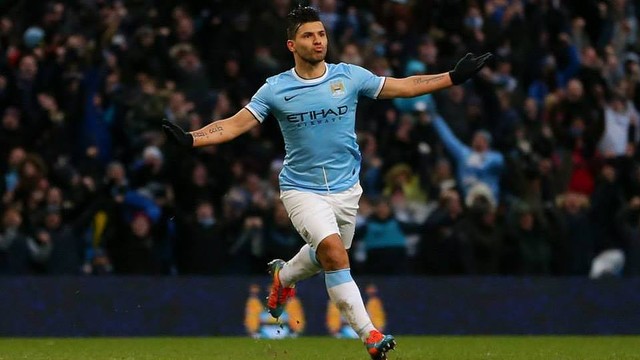 Injured City striker out for a month with hamstring injury

Top of the table clash on Monday

Aguero’s first game out will be the top of the table clash on Monday, when third place Chelsea visit the Premiership leaders. The Argentinean will also miss the clash between the two in the FA Cup fifth round on February 15.

Manchester City’s star striker Sergio Aguero has been ruled out of the Champions League last 16 first leg tie against Barça at the Etihad on February 18th after picking up a hamstring injury midweek. The Argentinean, who has scored fifteen goals in seventeen Premiership games and six in just five Champions League appearences for City so far this season, will be sidelined for a month after he limped off with the hamstring injury during Wednesday’s win over Spurs(1-5).

Aguero had only recently returned from an eight game absence with a calf injury, but City are hardly short of options up front without him, with Negredo and Dzeko both looking sharp all season. The second leg of the Barça tie will be played at the Camp Nou on March 12th.