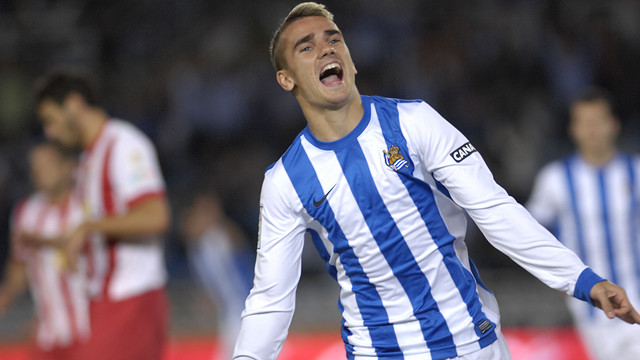 The young Frenchman is among Real Sociedad’s most effective players

Antoine Griezmann arrived to Real Sociedad at the age of 13. The young Frenchman was promoted to the first team in the 2010/11 season – he made his debut for the Basque side in the 2009/10 season.

Griezmann, without a doubt, is enjoying his best season at Real Sociedad. So far he’s scored 14 goals in his 19 appearances this year, and he’s the league’s third top scorer behind Cristiano Ronaldo (Real Madrid) and Diego Costa (Atlético Madrid). He is certainly one of the players to follow on Wednesday night when FC Barcelona take on Real Sociedad in the Copa del Rey.