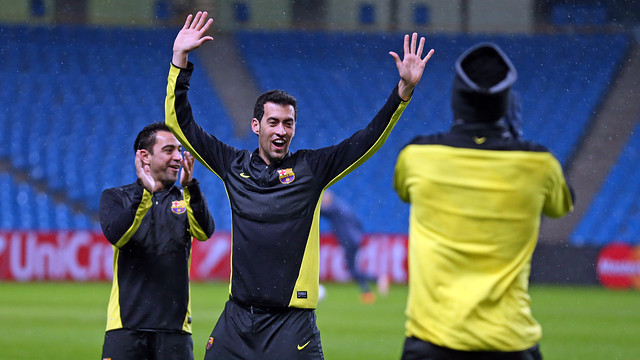 FC Barcelona trained at Etihad Stadium this Monday evening ahead of tomorrow’s Champions League tie against Manchester City. All 23 players named to the team participated in the session. It’s worth noting that Isaac Cuenca and Jonathan dos Santos, injured, stayed in Barcelona.

Therefore, Gerardo Martino will have to cut five players from the team ahead of kick off, which is scheduled for 8:45 PM CET.