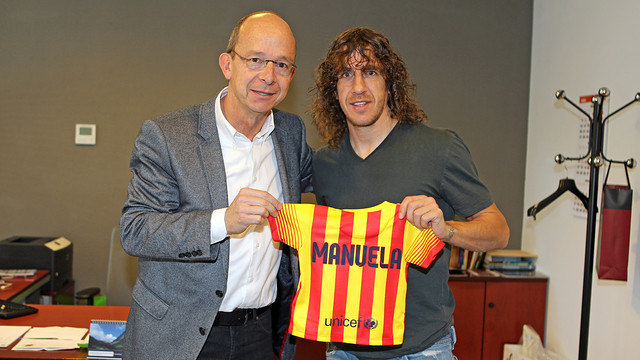 After training on Friday morning, Carles Puyol headed for the Barcelona Supporters Services Office (OAB) to formalise the membership of his daughter Manuela, who was born on January 24.

The Barça player was welcomed by the vice president of the Social Area, Jordi Cardoner, who presented his new-born daughter with membership card 163,612. She also received first and second shirts with the name Manuela on the back. But the most emotional moment came when Cardoner produced the surprise gift of a specially made tiny captain’s armband, in honour of the current captain of the Barça first team, her father.