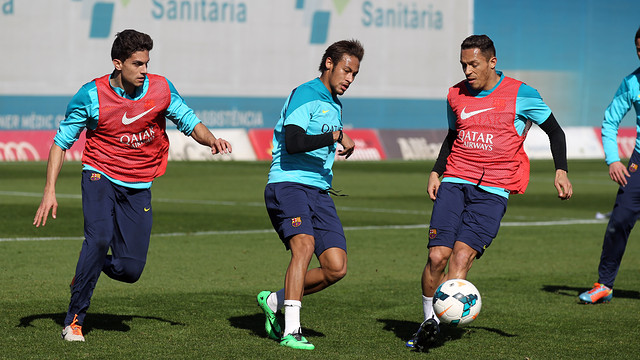 The Barça players will leave the Ciudad Deportiva this Monday at 9.30a.m. and train in Manchester at 8p.m. – 7p.m. local time –

Gerardo Martino has called up 23 players for the first leg of the knockout stages of the Champions League against Manchester City. The Argentine coach, who led a training session this Sunday, in which all available players took part, as well as Sandro, from Barça B, left Isaac Cuenca out of the squad.

Barça will leave this Monday at 9.30a.m. for Manchester and in the afternoon, at 7.15p.m., Gerard Pique and Martino will speak at a press conference. Then at 8p.m. the team will train at the City of Manchester stadium, in preparation for Tuesday’s game against City (8.45p.m.).