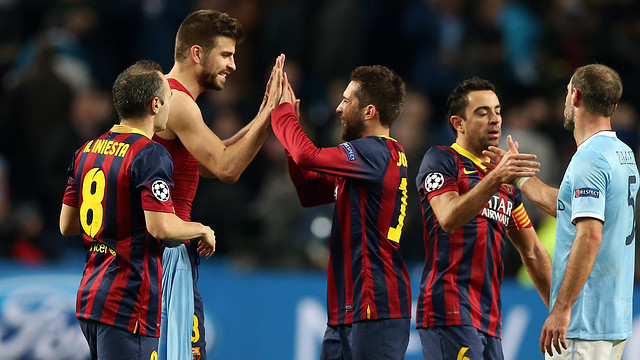 Barça’s win at Manchester City in the first leg of the last 16 of the Champions League leaves us with some interesting statistics, shown below: