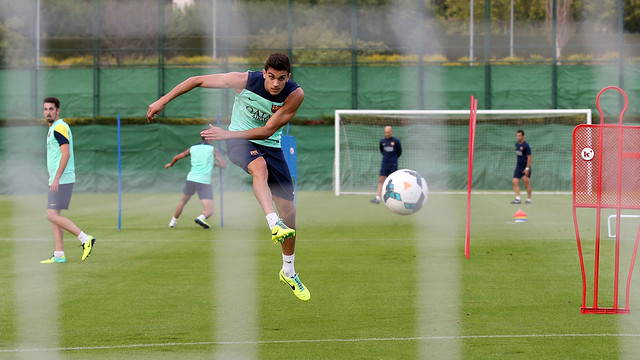 FC Barcelona have agreed to renew Marc Bartra’s contract until June 30, 2017. The player’s buy-out clause will be set at 25 million euros. Bartra will sign his new contract in the upcoming weeks.

Bartra, who started playing in Barça’s youth academy in 2002, made his debut for the first team on February 14, 2010, away to Altético Madrid. From that point on he combined his first team work with his reserve team duties. He was promoted to the first team in the 2012/13 season.

This year, Marc Bartra has progressively earned Tata Martino’s confidence thanks to his good performances on the pitch. He’s featured in 14 matches this season and he’s scored one goal.