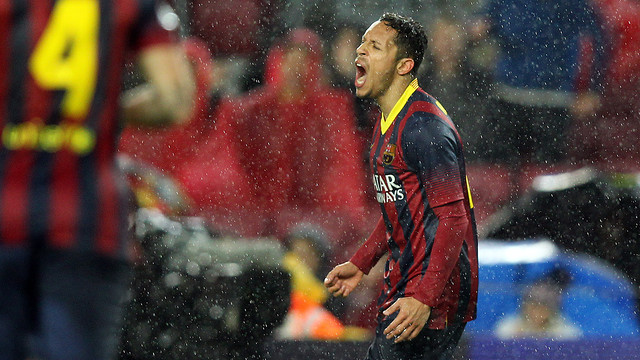 The second leg will be on Wednesday 12 at the same time, away to Real Sociedad or Racing Santander

As announced today by the LFP, the first leg of the cup semi final between Barça and Real Sociedad or Racing Santander will be on Wednesday February 5 at 22.00 in the Camp Nou.

The time of the return match has also been announced. It’ll be on Wednesday 12, also at 22.00, at Anoeta or El Sardinero.

The second leg of the tie between Racing and Real is being played on Thursday night. The other semi-final is between Real Madrid and Atlético Madrid, the first leg o which is on Wednesday 5 at 20.00.