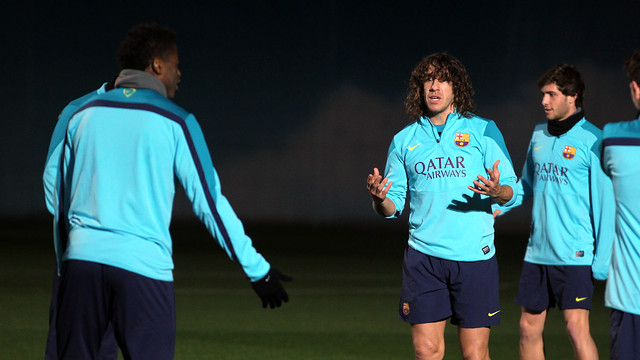 Tata Martino has named 18 footballers to the team for tomorrow’s Cup clash with Levante. Dani Alves and Carles Puyol, both of whom missed the league match against the Valencia-based side, are back in the team, while Andrés Iniesta, who trained apart from the group today, will miss the match.

Barça B’s Jean Marie Dongou trained with the first team and he was also named to the squad. Piqué, Montoya, Oier Olazábal, Ibrahim Afellay, Isaac Cuenca and Jonathan Dos Santos did not make the team.