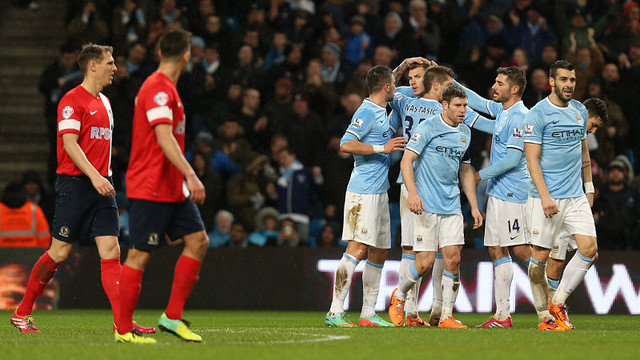 Goals from Negredo (2), Dzeko (2) and Agüero fired Pellegrini’s team into the next round of the FA Cup

Manchester City were ruthless in their FC Cup third round replay match against Blackburn Rovers this evening. FC Barcelona’s rival in Champions League crushed the Championship side team thanks to goals from Negredo (2), Dzeko (2) and Agüero, who made his return to competitive play after recovering from injury.

Negredo is on fire

A cross from the right wing just before the break found Negredo in the area, the Spaniard latched onto the cross and headed the ball into the back of the net. The former Sevilla player scored the 2-0 just after the break with a chip shot over the keeper after an assist from Kolarov.

The FA Cup tie was over by that point, but Dzeko put it even further beyond reach when he scored the 3-0. Minutes later it was Sergio Agüero’s turn to get on the board. The Argentinian turned after a pass from Dzeko and scored the 4-0. The party came to an end when Dezko scored the definitive 5-0.