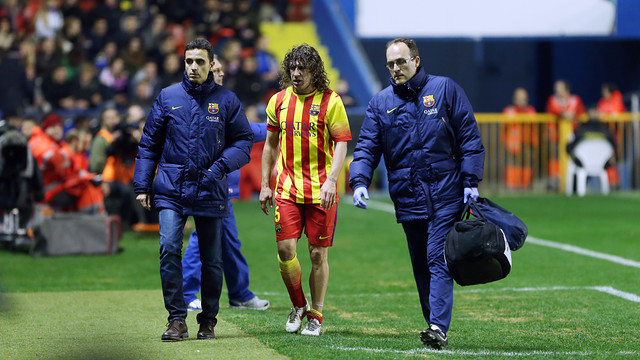 Doctors will assess the injury ahead of the next game

Carles Puyol limped off during last night’s game against Levante  after a knock on his left leg, which Club doctors examined this morning, before confirming the bruising will make him a doubt for Sunday’s game against Malaga

The Club captain was substituted on 57 minutes after clashing with Levante forward Barral inside the. Club doctors treated him pitchside, but he was able to limp back to the changing rooms before being replaced by Javier Mascherano.