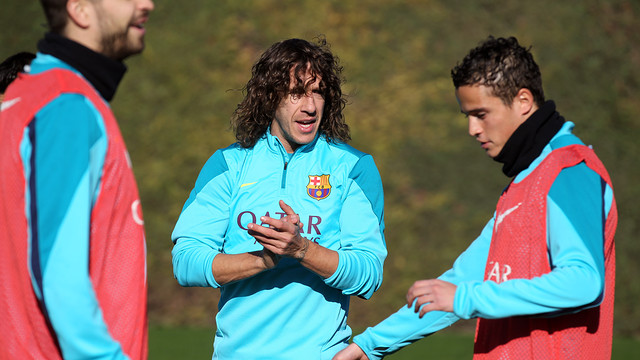 Xavi, Sergio Busquets, Dani Alves and Cuenca are rested for the game

Carles Puyol, Andrés Iniesta, Alex Song and Martín Montoya, all of whom missed the Malaga game with various injuries, have been given the medical all clear and are named in Gerardo Martino’s squad to face Levante on Wednesday at the Camp Nou.

The squad trained on pitch number 2 at the Ciutat Esportiva Joan Gamper this morning and whislt  Puyol, Iniesta, Song and Montoya trained with the rest of the group – which included B team youngster Dongou –Neymar worked apart.