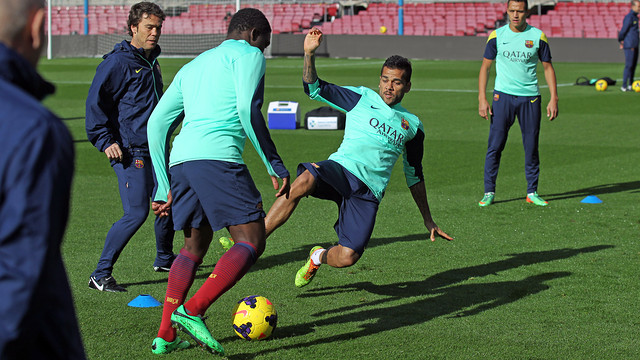 All 18 players called up for the game against Malaga, plus Oier Olazábal, trained at the Camp Nou this lunchtime

The players left for the team hotel after the session

The 18 players called up by Gerardo Martino for tonight’s game against Malaga took part in a gentle training sesion at the Camp Nou this lunchtime.

Oier Olazábal, who’s still not been given the nedical okay to play again, was also at the session.  Ibrahim Afellay, who played his last game for the team in 2012, is also in the squad for the match.

The players left for the team hotel after the session.