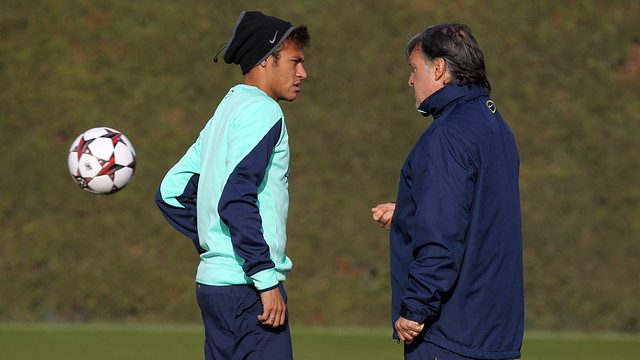 Neymar Jr. will be missing at the Camp Nou for the first leg of the last 16 of the Copa del Rey against Getafe. The Brazilian striker turned up this morning at the stadium with a bout of gastroenteritis. After the doctors saw him, they recommended that he go home and rest.

With Neymar missing against Getafe, Tata Martino has called up Xavi to complete the squad of 18 players. The team will train at 12.00 at the stadium, and then will spend the afternoon at the Hotel Princesa Sofia.