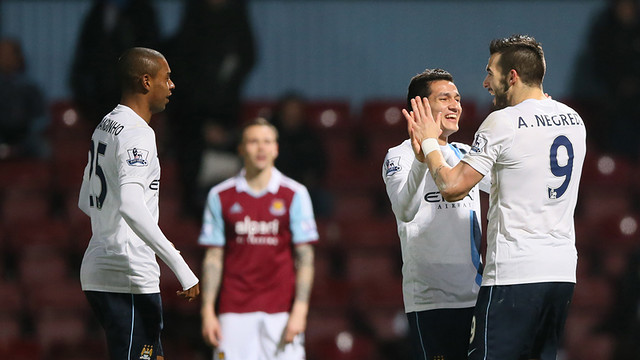 Manchester City qualified for the final of the Capital One Cup this Tuesday evening. The Citizens defeated West Ham United by an aggregate score of 9 to 0 in the semi-finals. In the first leg, FC Barcelona’s Champions League rivals won 6-0 and tonight they won 0-3 thanks to goals from Negredo (2) and Agüero.

Manchester City will face the winner of the Manchester United-Sunderland tie, which will be played on Wednesday. Sunderland won the first leg 2-1.

City got to work quickly as Negredo and Agüero scored before the break (min 3 and 24, respectively). Negredo added to his tally in the second half to make it 0-3.