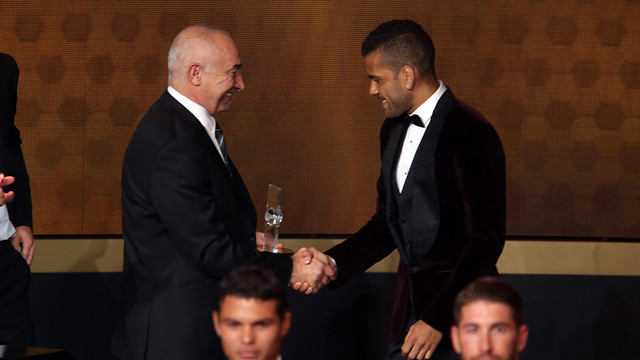 “Thank you to all who voted for me. This is very special,” says Alves

Dani Alves, who was named to the FIFA FIFPro World XI along with Xavi, Iniesta and Messi, said it is an honour to be in the all-star team and he noted that “this is the fourth year I’ve been named to the team, my third consecutive year. This time is very special, because my father came, he was very eager to come.” The Brazilian went on to say that “I’m sure that Messi will win [the Ballon d’Or] again; he’s happy because he does what he loves most.”

In addition, Alves noted, “there could have been more Barça players, we’re representing everyone [on the team].” He then went on to congratulate Cristiano Ronaldo: “it’s fair, this is the greatness of football and today is his day.”