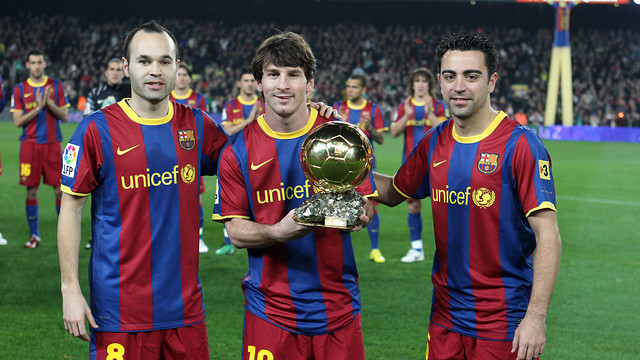 Leo Messi won’t miss the 2013 FIFA Ballon d’Or gala on Monday, seeing that the Argentinian has attended the event continually since 2007. Since then, Messi has always finished in the top three for the award.

In 2007 he finished third, behind Kaká and Cristiano Ronaldo. The following year the award was won by the Portuguese player; Messi finished second. From 2009 until 2012, Messi won the Ballon d’Or four consecutive times, a feat that no players has ever achieved.

This Monday, Leo Messi might win his fifth Ballon d’Or. Regardless of the outcome on Monday, no one can take away Messi’s seven consecutive top three finishes.