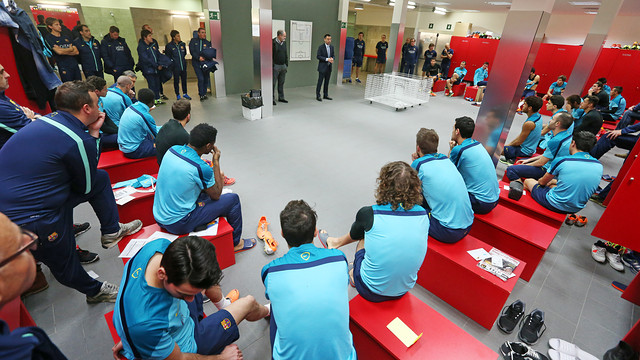 New president Josep Maria Bartomeu visited the Ciutat Esportiva Joan Gamper this morning to speak to the FC Barcelona first team. Joined by director of sport Andoni Zubizarreta, Bartomeu arrived in Sant Joan Despí at around 10.00 am, and went straight into a meeting with the captains and coach Tata Martino before speaking to the rest of the players and coaches. He left just before the players started training.

This was Josep Maria Bartomeu’s first official action since taking over the presidency following Sandro Rosell’s resignation on Thursday evening. His day will continue with a board meeting at 12.00 noon, and then at around 5.00 PM CET he will be speaking to the press.