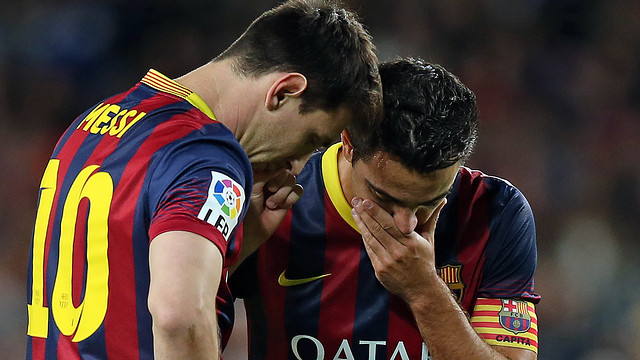 9 pm, Canal +: Barça need to beat Malaga to stay top of the table

Afellay is back but Iniesta, Puyol, Song and Montoya are all out injured

This Sunday’s match against Malaga has been overshadowed by recent off-pitch events in the Club.  On Thursday, the day after dismissing Levante 1-4 in the Cup, Sandro Rosell resigned as Club president to be replaced by Josep Maria Bartomeu.

But now it’s time for the spotlight to return to football.  The 1-1 draw away to Levante in the last league match, combined with yesterday’s win for Real Madrid, means that Barça have to beat Malaga to retain the league leadership.

Gerardo Martino has been forced to make a number of changes to his squad due to the rash of injury problems suffered by some of his regulars.  Iniesta, Puyol, Song, Montoya, Neymar, Dos Santos and Oier are all unavailable.  The one ray of sunshine for the Argentine coach is the return of a match-fit Ibrahim Afellay.  Meanwhile, Barça B striker Jean Marie Dongou keeps his place in the senior squad.

Before kick-off, Xavi Hernández will receive a tribute from the Club in honour of his 700+ competitive Barça appearances.

Malaga come to the Camp Nou in the knowledge that just two points separate them from the relegation zone.  It’s been a miserable start to 2014 for the side coached by Bernd Schuster – they’ve failed to score a single goal and have taken only one point from the last nine.