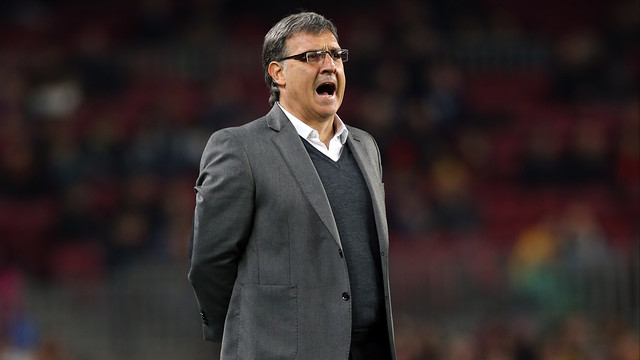 “Leo Messi’s career is like a movie script,” says the Argentinian manager

Martino adds, “Cesc was the best player of the match”

Gerardo Martino talked to the press after his team defeated Getafe by 4 to 0 at the Camp Nou and he noted that Barça “played excellent football.” He added that the Madrid-based team, during parts of the match, “made it difficult for us and perhaps they deserved a goal.”

The Argentinian manager also talked about Leo Messi’s return to the team: “His career is like a movie script. In three minutes he scored two goals.” Martino added that Cesc “was the best player of the match” and that it’s important “for all the players be fit and feel needed by the team.”

“We are playing good football, the ball circulation was fast, we didn’t let them organise. We had control of the match, and this is because we’re going through our best form so far this season,” said Martino, who was clear that against Atlético Madrid that he’ll have to be “unjust with one or two of my players.”

Finally, Martino said that his men “are very transparent during training sessions, it’s easy to see if they’ll have a good match and Leo has been training really well over the past couple of days.”