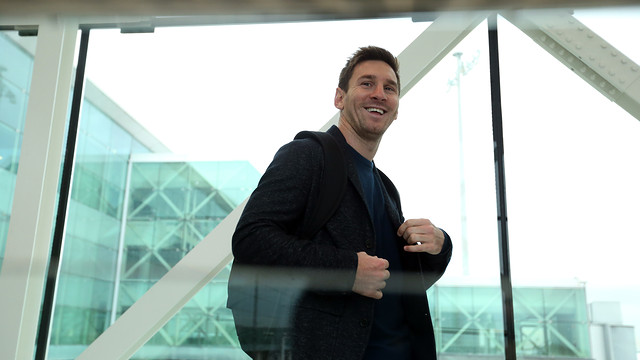 The plane carrying the first team to Valencia landed at 12.15. The team will stay together until match kick-off (22.00)

Barça are already in Valencia. The plane carrying the first team to Manises Airport took off at 11.35 and landed at 12.15 in Valencia, where the Barça players will play tonight, at 22.00, the first leg of the quarter-finals of the Copa del Rey against Levante.

The expedition was led by Club President Sandro Rosell, Director Pilar Guinovart and Professional Football Sporting Director Andoni Zubizarreta. It’s worth remembering that Tata Martino has called up 18 players for the match.

After arriving in Valencia, the team will rest at the Hotel Balneario Las Arenas Resort until 20.30, when they’ll travel to the Ciutat de Valencia stadium.