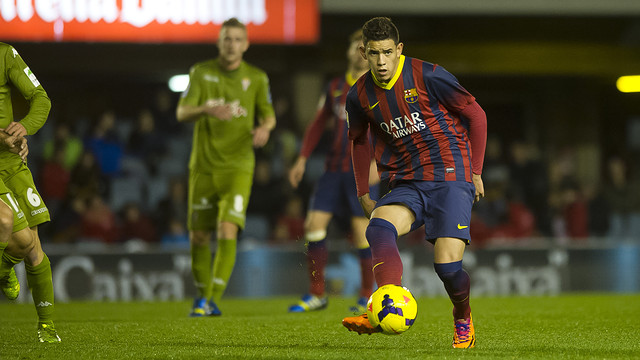 Tonny Sanabria will join US Sassuolo after the two teams agreed to a 4.5 million euros transfer fee, the total fee could reach 12 million

FC Barcelona and US Sassuolo have agreed to terms for the transfer of Tonny Sanabria. The total transfer sum could reach 12 million euros. 4.5 million euros are guaranteed and the rest, up to 12 million, are dependent on the player’s performance and his future value.

The process to purchase the player started with AS Roma, but the transfer was closed with US Sassuolo.

Three and a half years at FC Barcelona

Tonny Sanabria, who is 17 years old, started his footballing career at Cerro Porteño in Paraguay. He came to Catalonia in 2007 and joined FC Barcelona’s youth academy in 2010 after playing for Blanca Subur. He made his debut for Barça B this season – against Mallorca (0-1) – in the seventh round of the Liga Adelante. He’s featured in a total of 10 matches for Barça B, and he’s scored three goals.

In addition, he made his national team debut for Paraguay in the World Cup qualifiers.