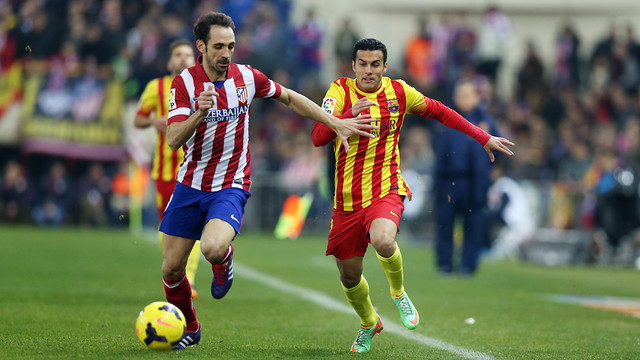 Pedro has scored 48 goals in the 150 league games he completed against Atletico Madrid on Saturday and is just seven matches away from making it 250 appearances in all competitions for the Club.