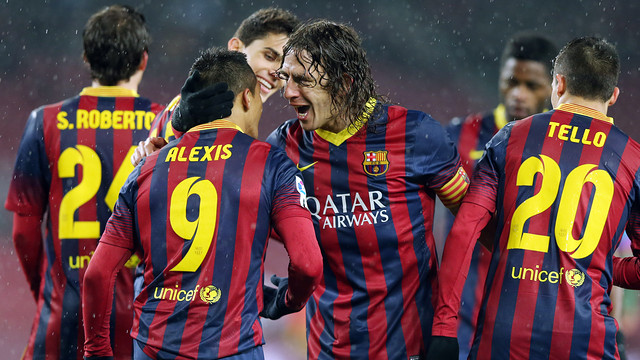 Alexis’ goals take him up to 14, one less than he scored in the whole of his first season

Carles Puyol came back against Levante following his brief lay-off through injury. The central defender played the 90 minutes in his 591st offical match in a Barça shirt. He celebrated by scoring his sixth goal for the Club. It was over a year ago since the Captain last scored, on January 16 2013, in the Cup Quarter Finals first leg.

Here are some of the other interesting facts from the Barça 5-1 win against Levante: