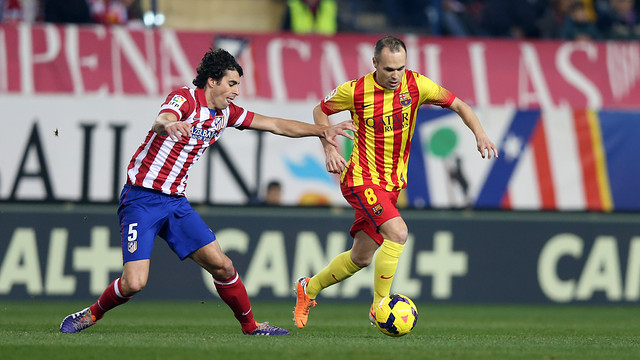 Tests on Andres Iniesta’s knee this morning revealed that there was no serious injury.

Iniesta’s availability for upcoming games will depend on recovery time

Andrés Iniesta, who was taken off at half time on Saturday, has a badly bruised left knee, but no other complications. Tests carried out this morning confirmed that the player’s recovery time will determine his availability for future games.

Iniesta was taken off as a precaution at half time against Atletico Madrid after the knock he picked up and was substituted by Leo Messi.