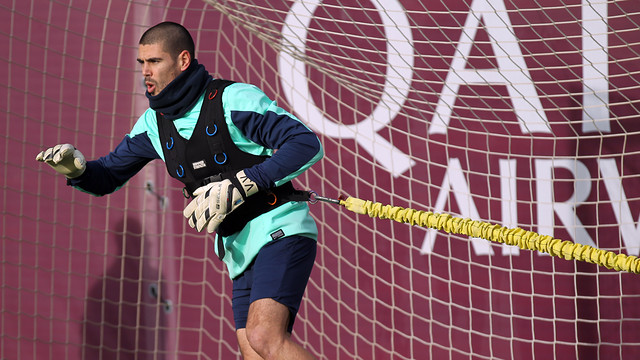 Today is full of good news for FC Barcelona. After this afternoon’s training session Víctor Valdés was given the green light to return to competitive football. Therefore, he’s available for selection for this Sunday’s league match at the Camp Nou against Elche.

In fact, keeper talked to the press ahead of the Christmas break and said his goal was to be math fit for the game against Elche. He was seen training alongside Juanjo Brau on Christmas day.

Valdés has been out of action for 44 days due to an injury he picked up in the international friendly against South Africa. During this time José Manuel Pinto has defended Barça’s goal. Valdés has missed a total of eight matches in all competitions (Liga, Champions League and Copa del Rey). Of these, the team have won six and lost two (Ajax and Athletic Club) and conceded eight goals.