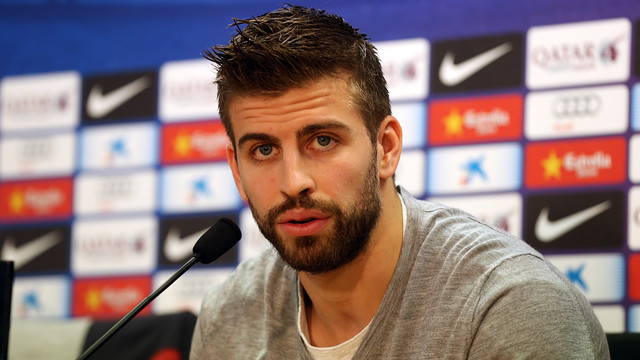 “The feelings from San Mamés were positive, and very different to those in Amsterdam”, said the defender

Gerard Piqué gave a press conference today at the Ciutat Esportiva in which he discussed the team’s mood after losing in Amsterdam and Bilbao. Here, we pick ten of his most revealing comments.